One of my favorite projects: a flight control unit for multicopters with an integrated navigation system. The code is not based on an existing (open-source) projects and was developed from scratch for my research purposes. Features: on-board sensor fusion algorithms, STM32F407 microcontroller (168MHz, 192KB RAM, 1MB flash memory), ChibiOS 2.6.x real-time operating system, custom hardware. In total about 100,000 lines of C/C++ code. MEMS IMU, barometer, single-frequency low-cost multi GNSS receiver. Robust wireless 2.4 GHz telemetry. Includes a wide range of unit tests. As well as a SIL (software- in-the-loop) environment and a HIL (hardware-in-the-loop) environment. Can be coupled with the X-Plane simulator or a MATLAB simulation environment.

I've developed and designed a complete low-cost navigation solution, based on the following components:

This MATLAB simulation tries to answer the question what happens if a base station fails in a VR tracking application with two base stations (for example as used in the HTC Vive VR Tracking Solution or Nikon's iGPS System). Can the remaining base station in combination with an IMU provide a continuously usable tracking solution? The answer is: yes, for an astonishingly long time.

After 60 seconds, base station 2 is disabled. So there is only one sensor and one lighthouse for the rest of the simulation. The total simulation time is 240 seconds (but this can go on for more than 1h). The user position is orbiting around location [4;4] with a velocity of about 0.3 – 0.5 m/s (figure 1). The object tracking is not lost, even with only one sensor and one base station due to the modelling of the system dynamics (supported by the IMU). As long as the Kalman filter prediction is corrected by single angle measurements, the tracking works. But it is not very accurate (figure 2). Though the accelerometer bias random walk is estimated quite well with only one base station.

This toolbox can simulate pretty much any multicopter configuration one can think of. This is useful to test control algorithms as well as navigation algorithms (as IMU measurements are generated). The main purpose though is to simulate motor problems and test redundant flight control system configurations.

I've implemented an inside-out tracking that is using libviso2 in cooperation with my own sensor fusion hard- and software. Especially for the time synchronization it is useful to have full control over the hardware and to have a real-time operating system. This system works quite well, but it is not good enough for virtual reality applications.

Being hyped by the Oculus DK1 in 2012, I’ve added my sensor fusion algorithms to the Quake 2 engine.

This app sends the measurements from your phone inertial sensors via UDP as CSV (Comma-Separated Values) to a computer in your network. This turns your phone into a wireless inertial measurement unit (IMU).

Program (written in C) to integrate a GNSS RTK solution into a multirotor aerial vehicle. The code is simulating a u-blox 4 receiver to inject a stream of navigation solutions with a much higher accuracy into the drone. The navigation solution is calculated with the open source RTKLIB package. The program runs on the BeagleBoard ARM Cortex-A8 single-board computer.

The LSQ application is a free (as in beer) software tool to solve arbitrary overdetermined linear and nonlinear equation systems. If there is some interest in this application, I might release the source code (C#) at a later time.

A complete MATLAB library to calculate the position and velocity from L1 GPS raw measurements (code, phase and doppler measurements).

Lynx is my latest and completely self written C++ 3D engine. I've started this project in 2007 and I am still happy with the codebase. In 2009 I've uploaded the source code to Google Code as open source software (GNU General Public License v2).

Not really a project: this is a color scheme for my favourite text editor Vim.

Writting a ray tracing application is fun, as the math behind it is straightforward. Though a dual core CPU is just not fast enough for complex scenes and the code itself code is not very optimized. I might get back to this program with a 32 core CPU...

Orca is a small 3D first person shooter (FPS), designed and programmed by Victor Rühle, Tobias Lawrenz and me. We've developed Orca in our spare time as a non-commercial project for learning purposes.

Wombat is a multiplayer space combat game, I've developed together with Victor Rühle and Tobias Lawrenz. Like Orca, Wombat is a non-commercial project we programmed just for fun. 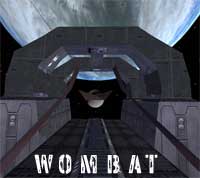 After Orca and Wombat I became interested in "indoor game environments" and the powerful 3D program Maya from Alias|Wavefront. So I wrote a sector based engine and a Maya converter to transform a Maya Scene into my own level file format.

My goals for this project were: 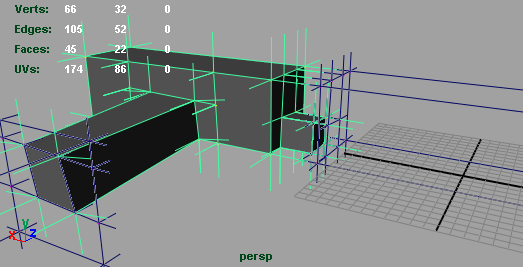 Inspired by the Lord of the Rings movies, I got interested in crowd systems. Thus the project name: "krautsystem". I've programmed a Java application to simulate groups of "fighting" entities.

My goals for the Krautsystem were: 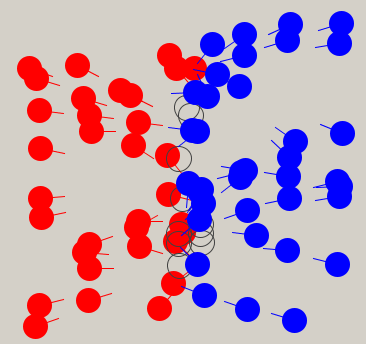 Blue vs. Red without obstacles

Displaying the enemy network between the actors